Why I Studied Abroad!

"Voyager Europe has been one of the best experiences of my life! Travelling to different countries opens your mind to other cultures and is an unrivaled learning experience."

Dr. Tyler and the other professors do care about and build relationships with the students that will last after the trip is over."

"The classes are fair, and a lot of the learning consists of activities outside of the classroom. There are many activities, but we also had free time to explore the cities on our own. Many students don't like the idea of studying during the summer, but trust me studying abroad with Voyager Europe, would be the best decision you ever made!" 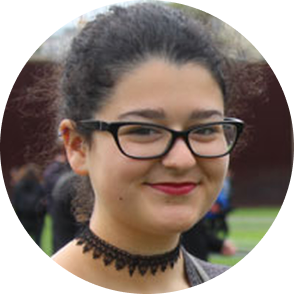 “Voyager Europe was perfect for me because I got to see so many different places and to explore so many different cultures. This trip reaffirmed my desire to travel and see the world, and I really hope that one day I will be able to do something like this again!"? 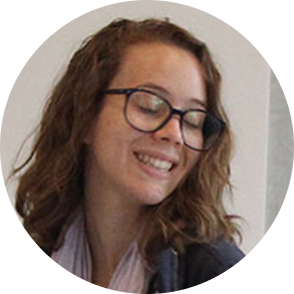 “Voyager Europe is definitely a program unlike any other. Voyager took me places I've dreamed of going, and to places that I would have never even imagined. There were also a couple of free days where there were some suggested activity options and people chose what they wanted to do, such as going to Versailles while we were in Paris!"?

“I needed to complete credits over the summer as a student, but I also really wanted to travel. My parents raised me to believe that travel is the best way to learn and the immersion into so many cultures while taking Intercultural Communications has helped me to widen my horizons and retain knowledge better than if I had been stuck reading a dry old textbook at home."?

“As an Art History nut, I enjoyed going to museums that contained works, such as the Ishtar Gate, that I had studied and written papers on but would have never dreamed of actually seeing."?

“As a lover of the outdoors, free days were amazing. I can only take so much of a city before I need a good mountain, garden, or hike... and on my free days, I got that. The gardens in Versailles, a hike around Montserrat near Barcelona, or even just spending afternoons in Parque Retiro in Madrid."?

“Unlike other programs, Voyager is based at a Residency in Madrid (which is basically a really nice dorm), this Residency really gave us a place to relax and recuperate from all of our amazing adventures."? 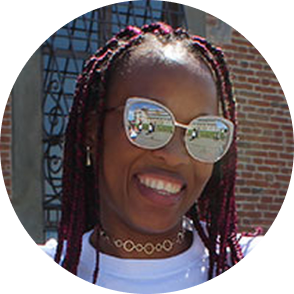 “Voyager Europe was an opportunity that I will treasure always, traveling to different countries and interacting with people from different cultures, reinforced my passion for travel abroad and gave me first-hand insight into so much more of Europe than I would experience with any other program."?

“The lecturers were very knowledgeable, fun and effective in their delivery of the course content, in the classroom, professional visits or just learning about the culture and history of the cities we visited."?

“Each aspect of this program was very appealing to me, the city visits, the tours - Cultural and professional activities. The planned itinerary like the visit to the UN or unplanned like the picnic under the Eiffel tower were great. Getting to complete my internship while on the trip was a bonus for me. Every detail of this trip was very rewarding and made a positive contribution to my life."?

“Having the residence in Madrid was great, after all the travelling it was always nice come back “home"? to my own space, this gave me a chance to unwind and prepare for the next adventure. The hotels we stay at in every city was amazing that gave a nice luxurious feel to the trip."?

“All the meals I had on this trip were wonderful and contributed to the extra pounds I gained… which I do not regret. At the residence, the hotels, eating out and at the places suggested by the professors, the food was amazing everywhere - ugh."?

“The most valuable part of Voyager Europe for me was the opportunity to travel to the five countries we visited during the month. Seeing and experiencing the history we learned about in class come alive in the streets of Europe not only helped me learn the class material, but it also made me genuinely interested in what we were learning."?

“The focus on learning about the character and culture of each city, not just about the history and the famous sites in the city, also enhanced our experience and familiarity with the places we visited."?

“Our professors made sure we all had maps of each city and an understanding of the public transportation system, so we had the confidence to experience Europe for ourselves outside of the group activities."?

“In each city, we stayed at a nice hotel in a central location and took public transportation everywhere. This was great because I felt like I really got to know each city while we were there, and I would not hesitate to go back to visit any of the cities again."?

“Voyager Europe has been an experience like no other. The opportunity to see 7 cities in one month, while learning about the history, art, culture was amazing. You do more and see more with Voyager."?

“The staff and professors are all amazing and ensured that every student was having a great time and was well cared for."?

“I can’t believe we did the entire itinerary, but everything that was promised, was delivered. There was a wide variety of cultural, artistic, and professional activities that were not only educational, but also interesting, and fun. What I loved the most was that the students had free time to independently visit other places within the cities. I got to see things that were of particular interest to me, but not on the itinerary."?

“Overall accommodations were incredible. The residence in Madrid felt like our home-away-from-home in Europe and every Hotel we stayed in was highly-rated."?

“Food can be a little expensive, but the residence in Madrid really cut down on these costs. We got two meals a day at the residence and breakfast at the other hotels. The food at the residence was good with lots of choices. Of course, the breakfast spread at every hotel was diverse and delicious."?